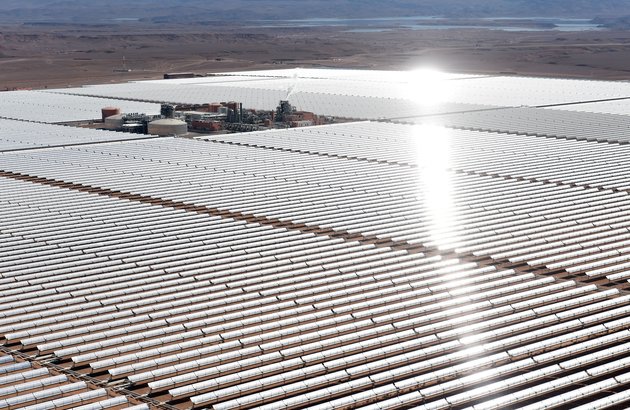 How Morocco Is Harnessing Solar Power To Achieve Energy Independence

Morocco is on the way to dramatically cutting its dependence on imported oil after successfully launching Noor 1 — the first phase of what will eventually become the world’s largest concentrated solar plant.

The country has historically relied almost entirely on imports from abroad for its energy. Now it has found a way to transform its abundance of sunlight into an economic asset.

When the project is completed in 2018, it’s expected to reduce Morocco’s fossil fuel reliance by two and a half million tons of oil and provide enough leftover energy to export to Europe…

Read the whole article by Jesselyn Cook in The Huffington Post.