The world’s first hydrogen-powered passenger train has been unveiled this week by French transport company Alstom, which will be operating the incredibly quiet and environmentally friendly ‘Coradia iLint’ in Germany from next year.

The best thing about the Coradia iLint train is that it only leaks excess steam and condensed water into the atmosphere, which means it offers a zero-emissions alternative to Germany’s 4,000-strong fleet of diesel trains.

Read the rest of the article by BEC CREW in Science Alert. 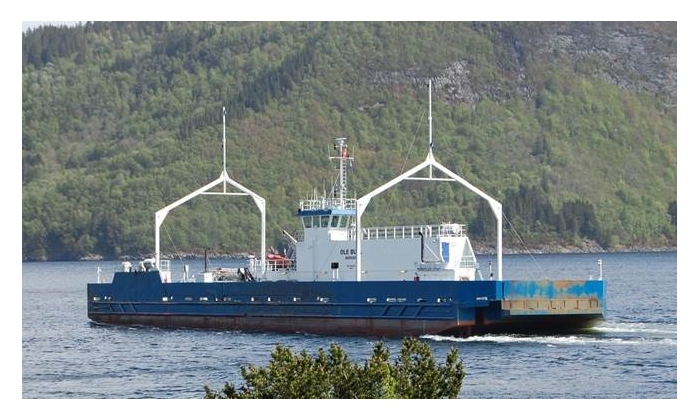 CMR Prototech is planning to install hydrogen fuel cells on the Osterøy car ferry “MF Ole Bull”, operating between Valestrand and Breistein just outside Bergen. The ferry will be the first car ferry in Norway to use hydrogen as fuel. The aim of the project is to demonstrate the feasibility of hydrogen and fuel cells for marine electric propulsion, and to test hybrid operation together with Li-ion batteries. One of the ferry’s two diesel engines will be replaced by an electric motor powered by 200 kW commercially available PEM fuel cells combined with 100 kWh batteries.

This information comes from the website of Christian Michelsen Research.