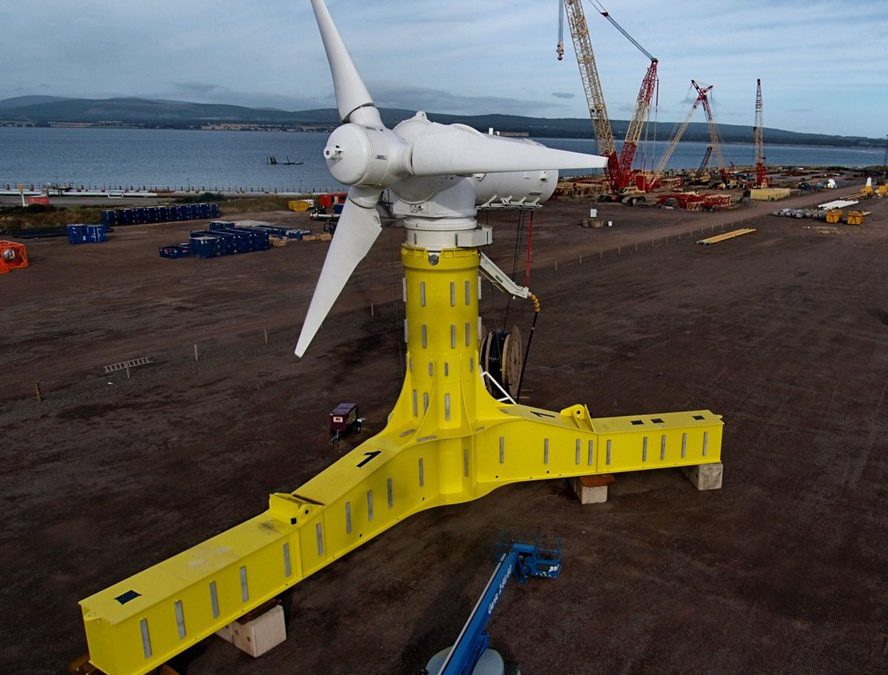 Off the northernmost tip of Scotland, in an area called the Pentland Firth, the world’s first large-scale underwater energy farm is being built.

Whereas wind turbines use the movement of air to turn the blades and generate power, the new set of submerged turbines will be turned by the ocean’s tides.

The project, called MeyGen, is expected to have a power generation capacity of 398 megawatts – enough to power 175,000 homes in Scotland, according to Atlantis Resources, the developer of the project. The first four turbines are expected to be installed by the end of 2016 (though that’s contingent on tidal and weather conditions), and projected to start delivering power by early 2017.

Read the whole article by Dana Varinsky in Business Insider. 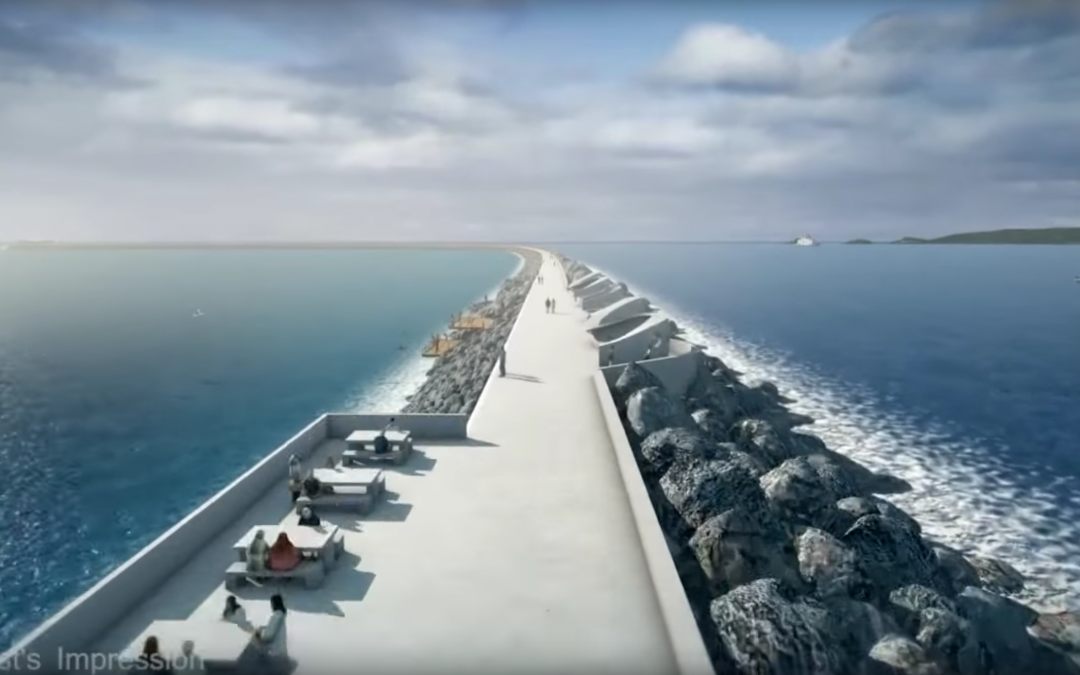 A tidal lagoon is a ‘U’ shaped breakwater, built out from the coast which has a bank of hydro turbines in it. Water fills up and empties the man-made lagoon as the tides rise and fall. We generate electricity on both the incoming and outgoing tides, four times a day, every day.

Due to the incredible tides on the West Coast of Britain, by keeping the turbine gates shut for just three hours, there is already a 14 foot height difference in water between the inside and the outside of the lagoon. Power is then generated as the water rushes through 200ft long draft tubes, rotating the 23ft diameter hydro turbines.

Swansea Bay Tidal Lagoon received planning consent in 2015 and will comprise 16 hydro turbines, a six mile breakwater wall, generating electricity for 155,000 homes for the next 120 years.

The 320MW pathfinder project provides a scalable blueprint for our programme, opening up the option of a fleet of larger UK tidal lagoons to generate renewable electricity at a scale and low cost not seen before.

This information comes from the website of Tidal Lagoon Power.

Tidal energy represents a large energy potential and is a predictable and environmentally friendly energy source. Compact design and solid composite material provides low weight, low cost and easy installation. The system is inherently buoyant allowing the systems to be towed to site, submerged and easily installed. There are no moving parts in the turbine. The system is self regulating and operational over a large range of tidal stream velocities. The system also has limited environmental impact, with a slow moving turbine.

The minimal turbulence created by the Flumill systems and the lack of cavitation means that Flumill tidal parks can be far more concentrated than e.g. horizontal axis turbines.

A more concentrated park setup will first and foremost result in greater power outputs from smaller areas of seabed, in addition to reduced costs through reduced number of cable meters needed.

The Flumill system can operate in tidal streams as low as 1 m/s flow.