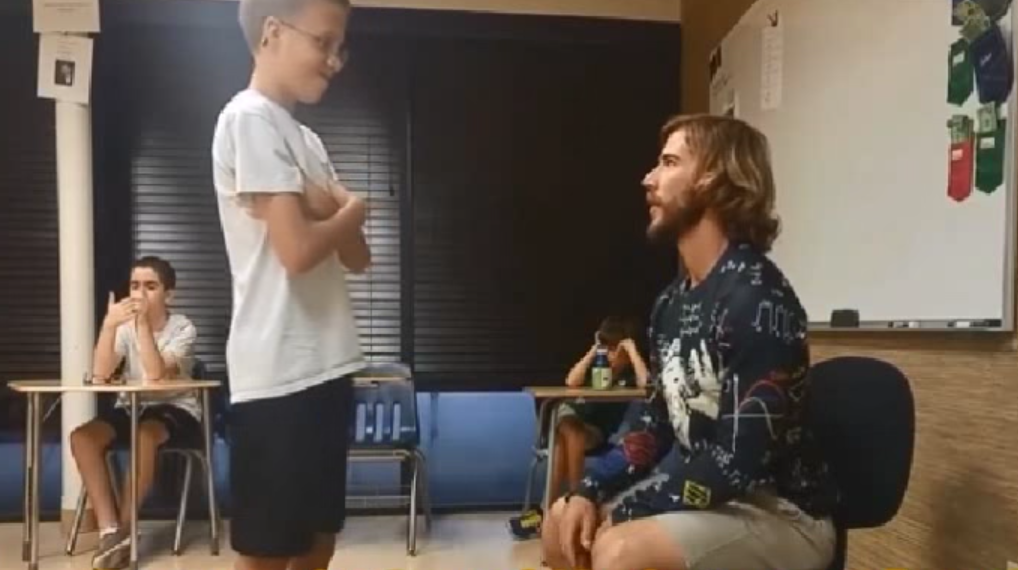 Ulmer takes the time to pay several compliments to each and every one of the eight students in his special education classroom at Mainspring Academy in Jacksonville, Florida.

“I love having you in my class. I think you’re very funny. You’re a great soccer player. Everyone in here loves you,” Ulmer says to the kids as they each take their turn standing in front of the class, facing Ulmer.

In his first year of teaching, he said, each day had a theme, like “Monday Funday” and “Toast Tuesday,” which is when the affirmations began. “I noticed the kids were always more motivated, happier and better behaved on Tuesdays. So we started doing it every day.”

Ulmer said the change has been remarkable in his students, whose diagnoses range from autism to traumatic brain injury to speech apraxia to agenesis of corpus callosum.

“They all came from a segregated environment [from general education students]. Now they’re participating in school activities, dancing in front of hundreds of other kids and in the debate club.” And while Ulmer agrees academics are important, he thought it even more important to reverse the psychological damage that came from being made to feel like outcasts.