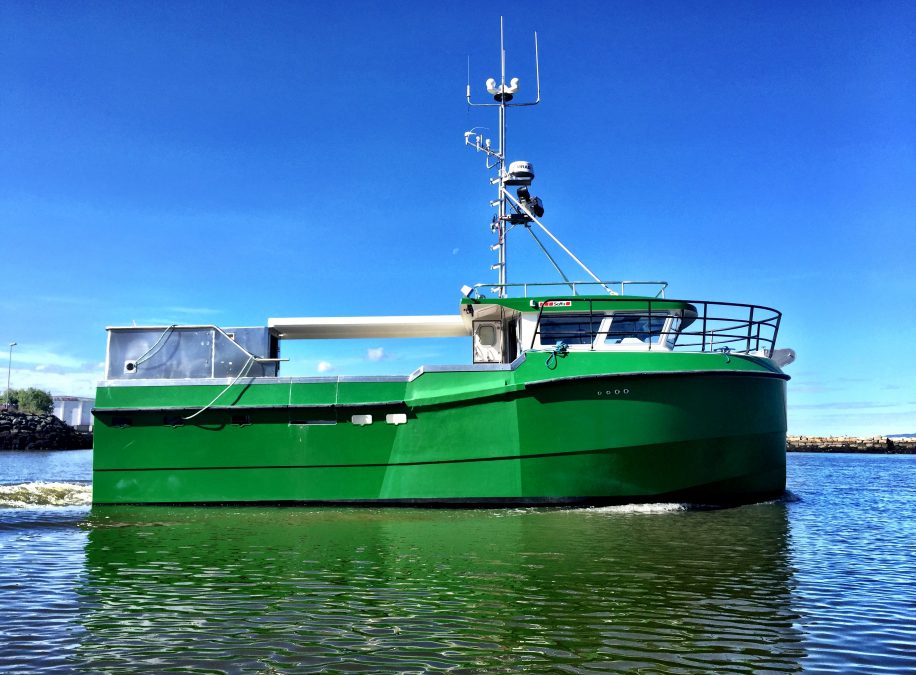 A new fishing cutter called the Karoline has been developed by boat builder Selfa Arctic AS. The boat’s main propulsion system is an electric motor that gets its energy from a set of batteries. When the boat is in port at night, its batteries are recharged with electricity from the local grid. As a precautionary measure, the boat is also equipped with an efficient diesel engine and an electric generator. This combined propulsion system was jointly developed by Siemens and Selfa. Siemens supplied the propulsion technology, including the electric motor, the batteries, the generator, and the control unit for the entire system.

Karoline’s home port is Tromsø in Norway, where the boat has been going out to sea since early October. Fishermen find it less strenuous to work on the Karoline than on conventional boasts, because the electric motor doesn’t produce exhaust gases, vibrations, and the noise associated with diesel engines.

Electric boats are especially advantageous in Norway, because the country generates its electricity exclusively from renewable sources, thus emitting no greenhouse gases. Norway’s fishing fleet could cut its fuel consumption by 80 percent if all of its boats were fitted with electric motors. The amount of fuel involved is considerable, given that the fishing fleet currently consumes about 400 million liters of diesel per year. This would go a long way toward achieving the Norwegian government’s goal of cutting the country’s CO2 emissions by 40 percent.

Fishing cutters can be in operation for up to 12 hours per day. But most work days last only about eight hours and the Karoline’s batteries are powerful enough to cover this. However, if the batteries’ charge level drops below a certain value, the cutter’s diesel engine and generator, each of which has 60 kilowatt (kW) of output, automatically kick in to produce power for the electric propulsion system.

Read the rest of the article on Siemens.