The Energy island of Samsoe, Denmark 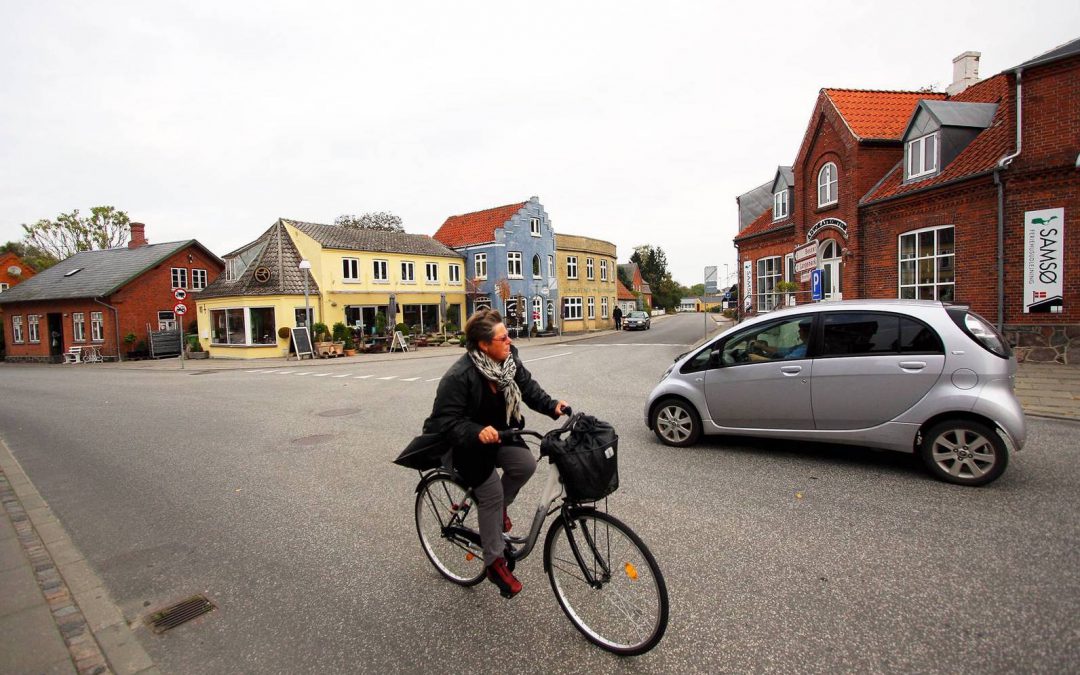 In 1997 Samsoe became Denmark’s (first) Sustainable Energy Island and achieved self-sufficiency in sustainable energy within 10 years.
100% of Samsoe’s electricity consumption is generated by 11 land-based windmills, and 70 % of the heat comes from sustainable energy sources.
“More than half the private oil-fired boilers in the island’s 2000 households have been replaced by eco-heat, solar heat plants and heat pumps.
10 offshore windmills south of Samsoe produce so much energy that they compensate for the heat, which is still generated by e.g. oil-fired boilers and the islanders’ private transportation in petrol and diesel-powered vehicles.
The island is therefore proud to be 100% CO2 neutral.
One of Samsoe’s offshore windmills produces electricity covering 2000 households’ electricity consumption. A land-based windmill covers the consumption of 600 households.
The wind power on Samsoe has demanded an investment of 40 million EURO. 3700 local citizens have personally invested 70 % of the total 58 million EURO in sustainable energy.
The Energy Academy has a solar heat plant, solar cells and reuses rain water.
Media from all over the world have visited Samsoe to document the great story.

This information comes from the website of Visit Samsoe.