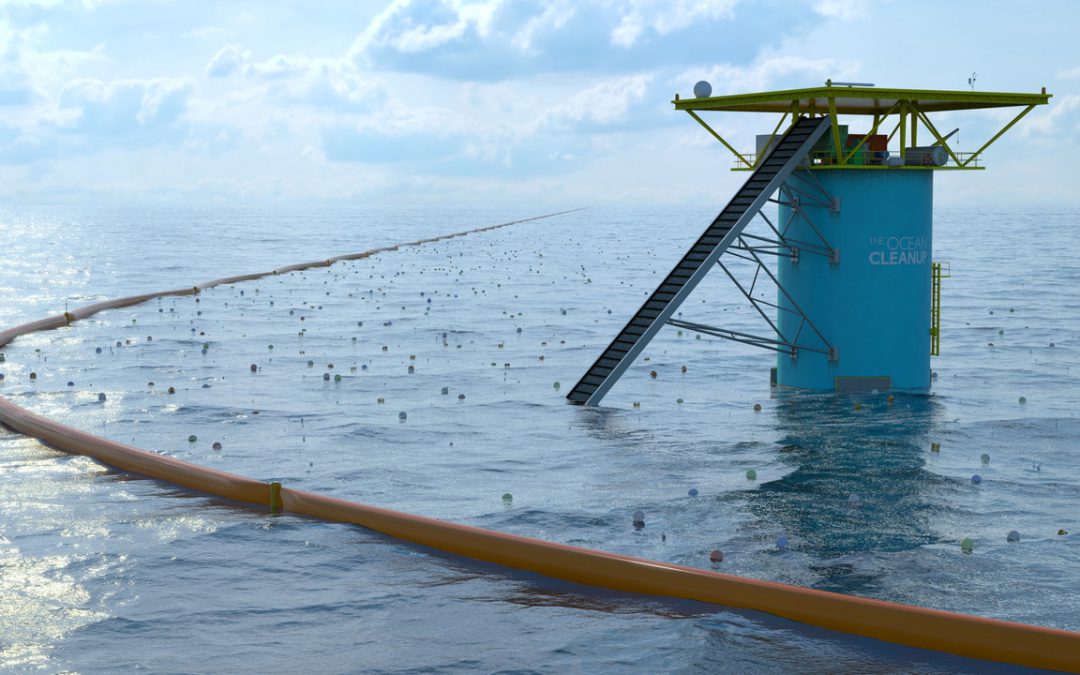 At The Ocean Cleanup, we’re developing the first feasible method to clean up world’s ocean garbage patches. Five vast areas of Open Ocean, known as the subtropical gyres, act as a trap for ocean plastic. We specifically focus on the North Pacific accumulation zone – also known as ‘the Great Pacific Garbage Patch’ – since about 1/3 of all oceanic plastic is concentrated in that one area between Hawaii and California 1.

When I founded The Ocean Cleanup almost three years ago, there was no realistic way to clean up these accumulation zones, each several million square kilometres in size. I realised that coastlines are evidently very effective in catching plastic. Unfortunately, there is no landmass in the middle of these gyres, so I then proposed to deploy a very long array of floating barriers attached to the seabed. This would act as an artificial coastline, allowing the ocean to clean itself. We aim to deploy our first pilot system in 2016, and hope to be able to start cleaning the North Pacific by 2020.

Yet a common argument against our efforts is that focus should instead be on preventing more plastic from entering the oceans. I fully agree prevention is top priority. Having to clean up the gyres again a few decades after cleaning up would be nothing short of annoying. But in my opinion, one does not exclude the other – they complement each other.

First of all, the ocean garbage patches do not go away by themselves and hence need to be cleaned up at some point in time.

This information comes from the website of The Ocean Clean up.

Here is a very informative article about plastic problems today and a lot of suggestions about what to do with the problem on a personal level:

Plastics Will Outweigh Fish in The Ocean: How Does It Affect You and What Should You Do?